Live the Life You Imagine

Mark Titchner was appointed through a competitive process to work with Glenn Howells architects to develop a work of art for the main reception area of One St Peter’s Square. Mark responded to the significant of the location of the new building which sits one of the four corners of St Peters Square, which sits at the heart of Manchester City Centre. On each edge of the public square sit some of the city’s most significant historic and landmark buildings, Manchester Central Library, the Midland Hotel and the Manchester Town Hall. One St. Peter’s Square, sits on the southern side of the square and completes the framing and the story of this historic and commercial district for the city. 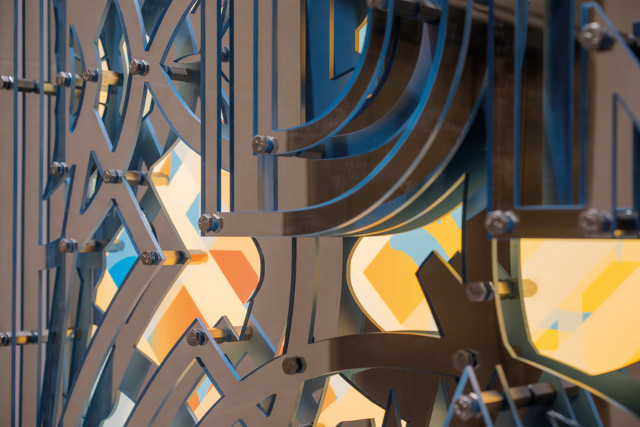 Mark created two interrelated artworks Live The Life That You Imagine and Dream After Dream After Dream, both make significant interventions in the new building’s reception area whilst also being highly visible from the street. Both works transform and incorporate decorative elements from other buildings on the Square which have been re-materialised and manipulated into artworks built from the layering of reflective acrylic layers, which play host to the texts.

Mark has be influenced by the texts by Henry Thoreau’s “… to live the life that he has imagined…” from Walden and William Hone’s “Dream after Dream ensues…”, from the pamphlet A Political House that Jack Built and texts published in the immediate aftermath of the massacre of eleven people and the maiming of over 600 by Government troops in Manchester, at a site to the north of Saint Peter’s Square, during a rally of 60,000 people demanding ‘reform’, ‘universal suffrage’, ‘equal representation’ and ‘love’ on August 15, 1819. 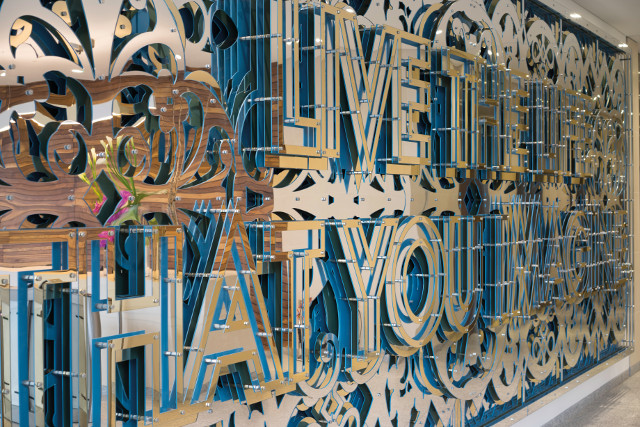 A publication is available from InSite Arts with an essay by Simon Grennan.